Book reviews: Love letters to the dead by Ava Dellaira 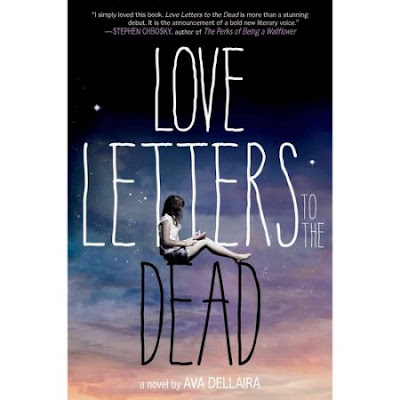 Laurel was given an assignment by her English teacher on her first day of class. The assignment of writing a letter to a dead person. But, she never turned it up, not until last day of school.

She wrote letters to Kurt Cobain, Jim Morrison, Judy Garland, Janis Joplin, Amy Winehouse and several others which has passed at young age just as May did.

She wrote about her life, new friends, love life and mainly about how the death of her sister, May affected her.

On the night that May died, was after movie night. They went to their usual spot, where the old train tracks cross over the river.  They were sitting in the middle of the bridge, when Laurel said something that she felt never should have been said. May then stood up and started to cross back to land on the metal edge of the track, like a tightrope, and within moments, after she turn her back to look at May, and as their eyes met, her body sailed over the darkness below her.

scribbled by Gee
Email ThisBlogThis!Share to TwitterShare to FacebookShare to Pinterest
What I had in mind: Ava Dellaira, Book Reviews, Love letters to the dead, My books collection